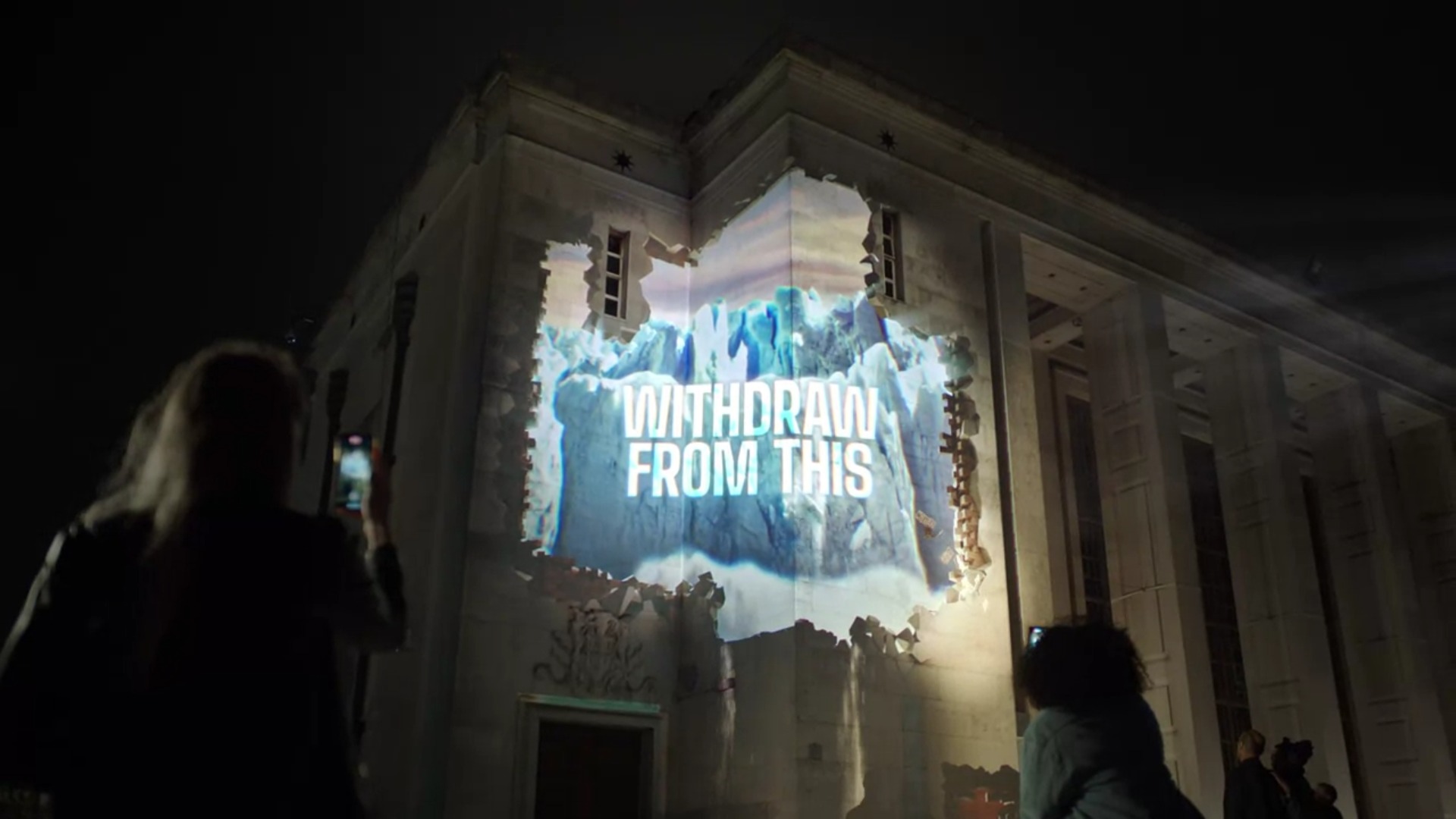 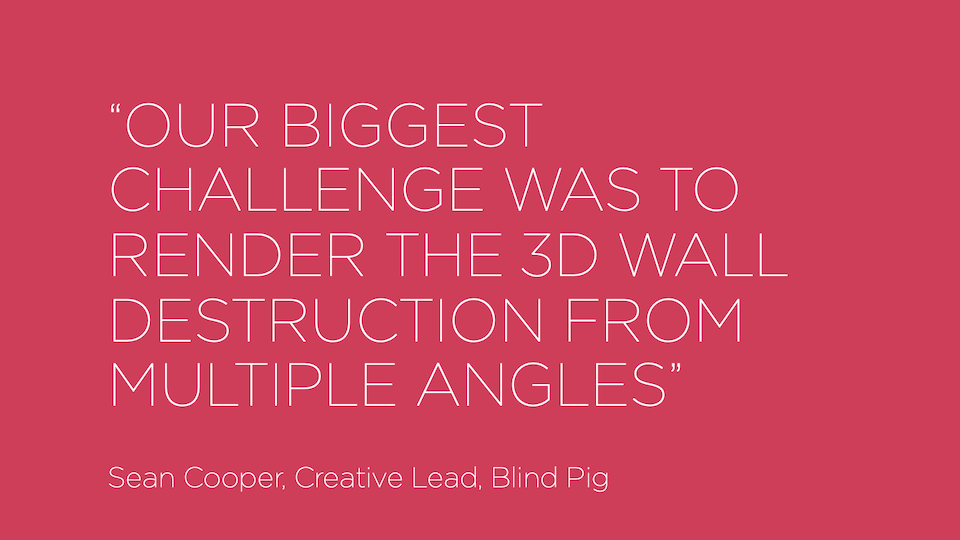 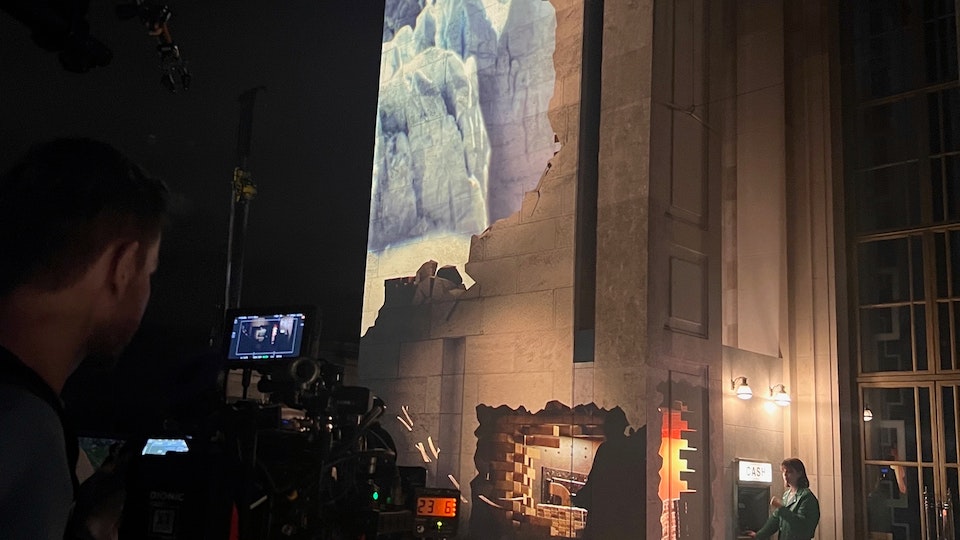 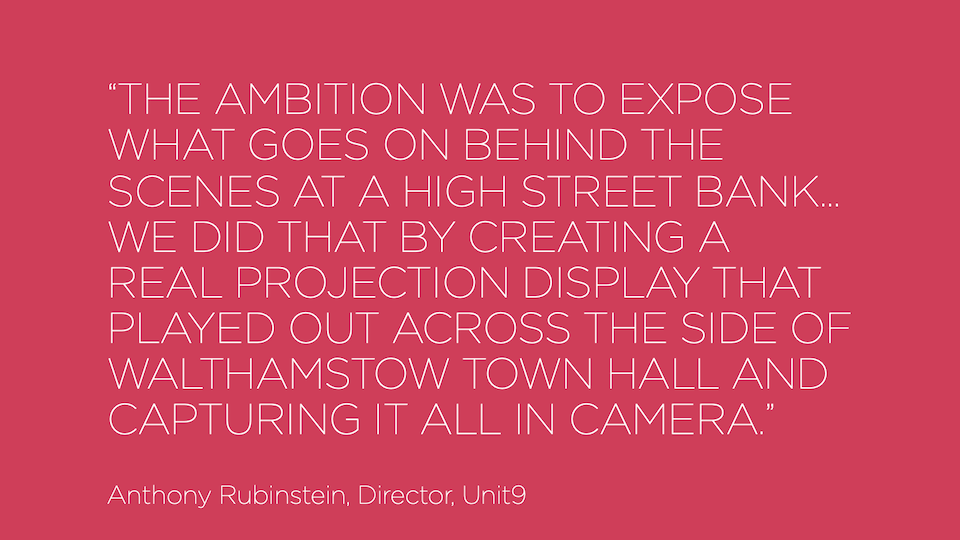 Blind Pig are the craft behind The Co-operative Bank’s spectacular new projection project. A catalyst for change, the campaign consists of a 3D animated film, ‘The Bank You Can Hold To Account’, which was projected onto the 150-year-old Walthamstow Town Hall and captured in a live action shoot.

In a world where we’ve all become (sadly) accustomed to stock imagery campaigns fighting climate change, Co-op, who remain the only UK bank with a customer-led Ethical policy, needed to cut through the noise. The brand deployed scale and craft in their new campaign, which serves as a visual reminder of the terrifying impact of these topics, and rediverts audience's attention.

Aesthetically, the brief was split into two parts which needed to be fulfilled in tandem to successfully execute the projection. First, the 2.5D layered, stock footage parallax, and second, the 3D crumbling brick wall, which needed to seamlessly merge into the location.