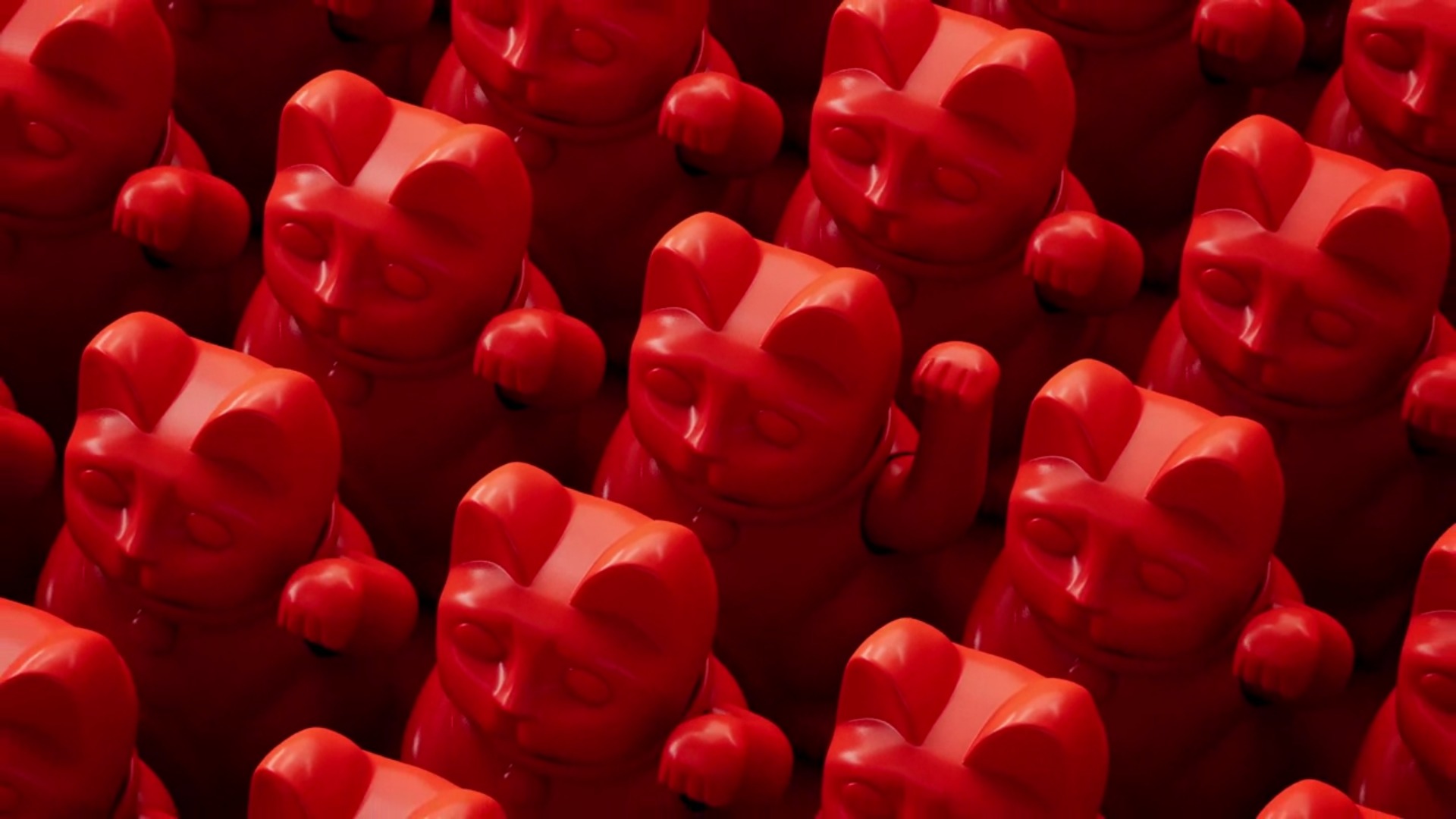 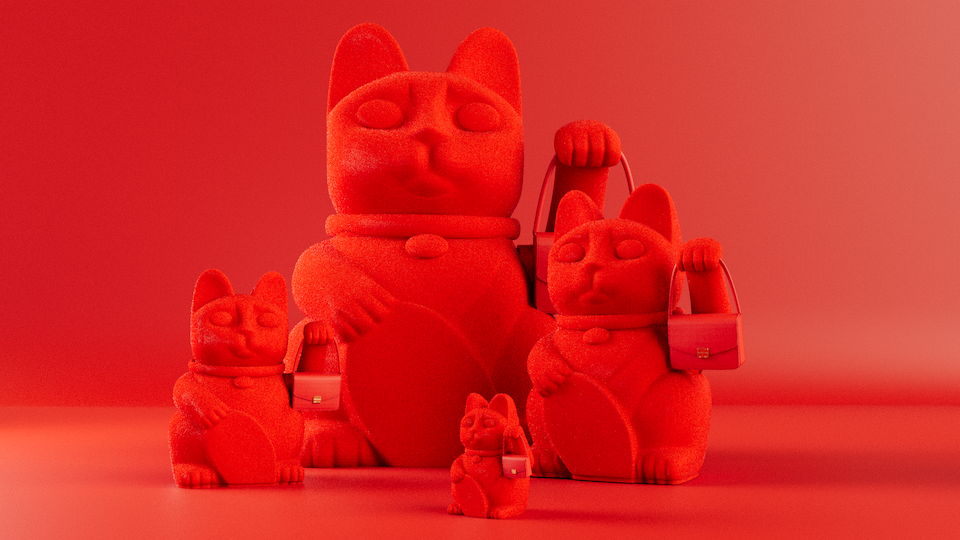 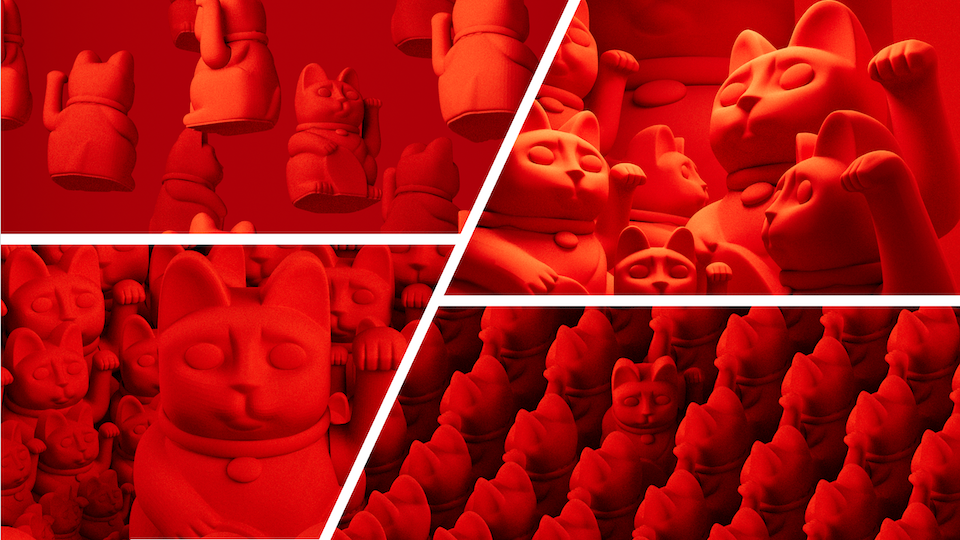 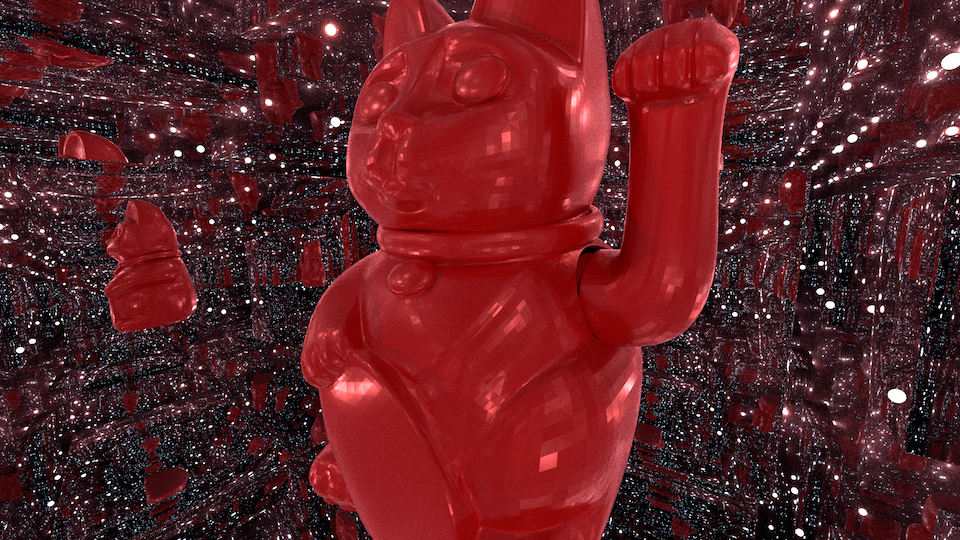 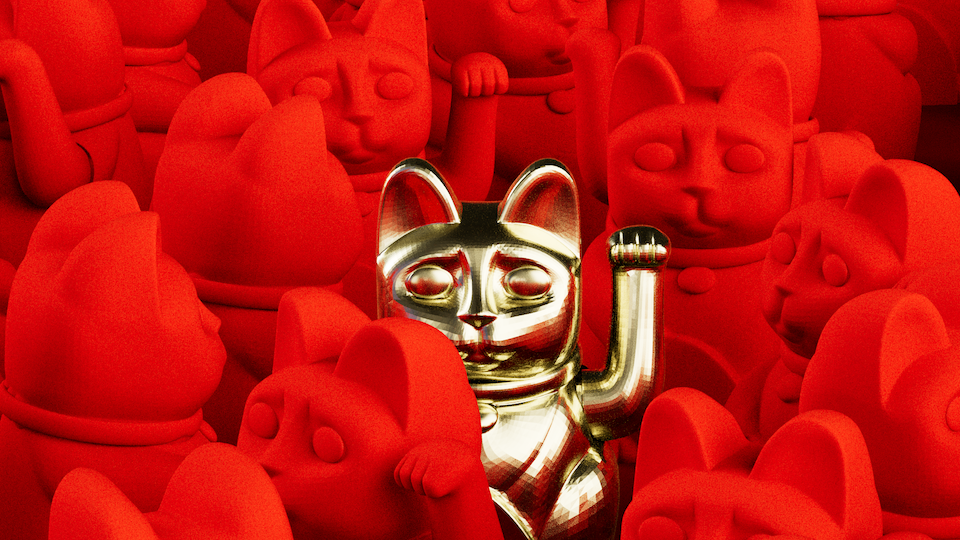 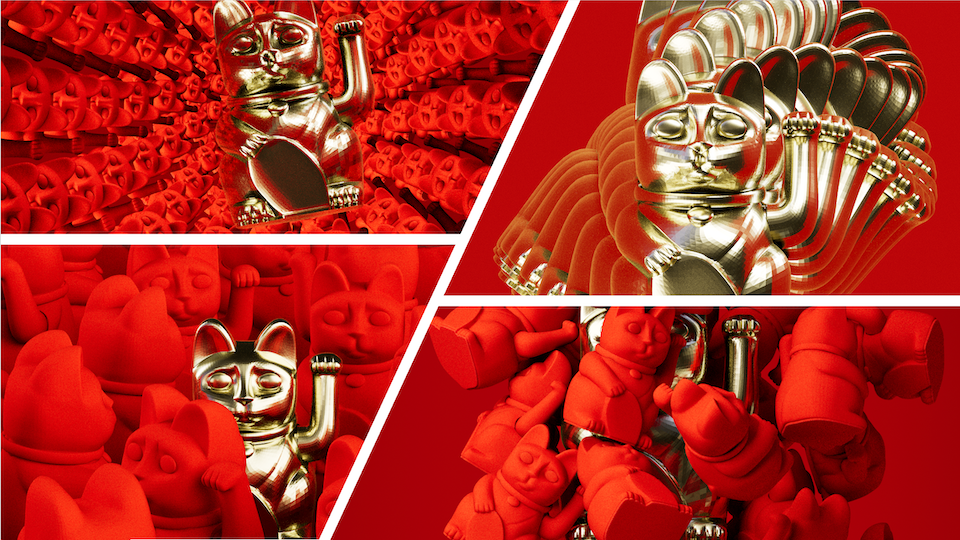 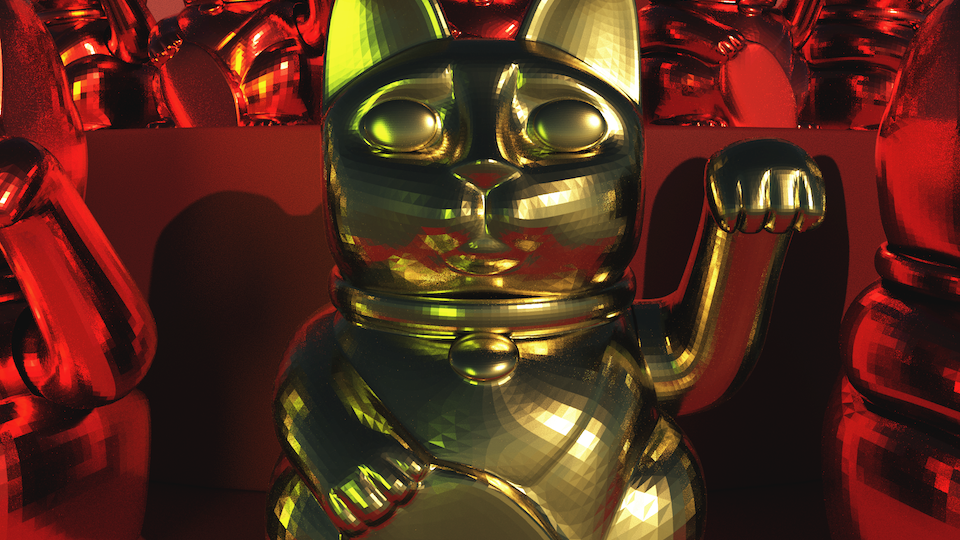 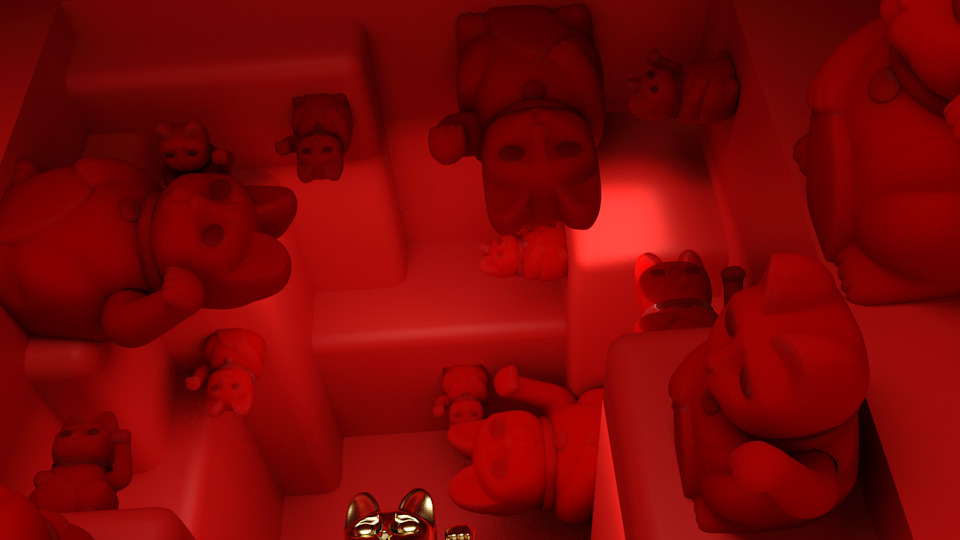 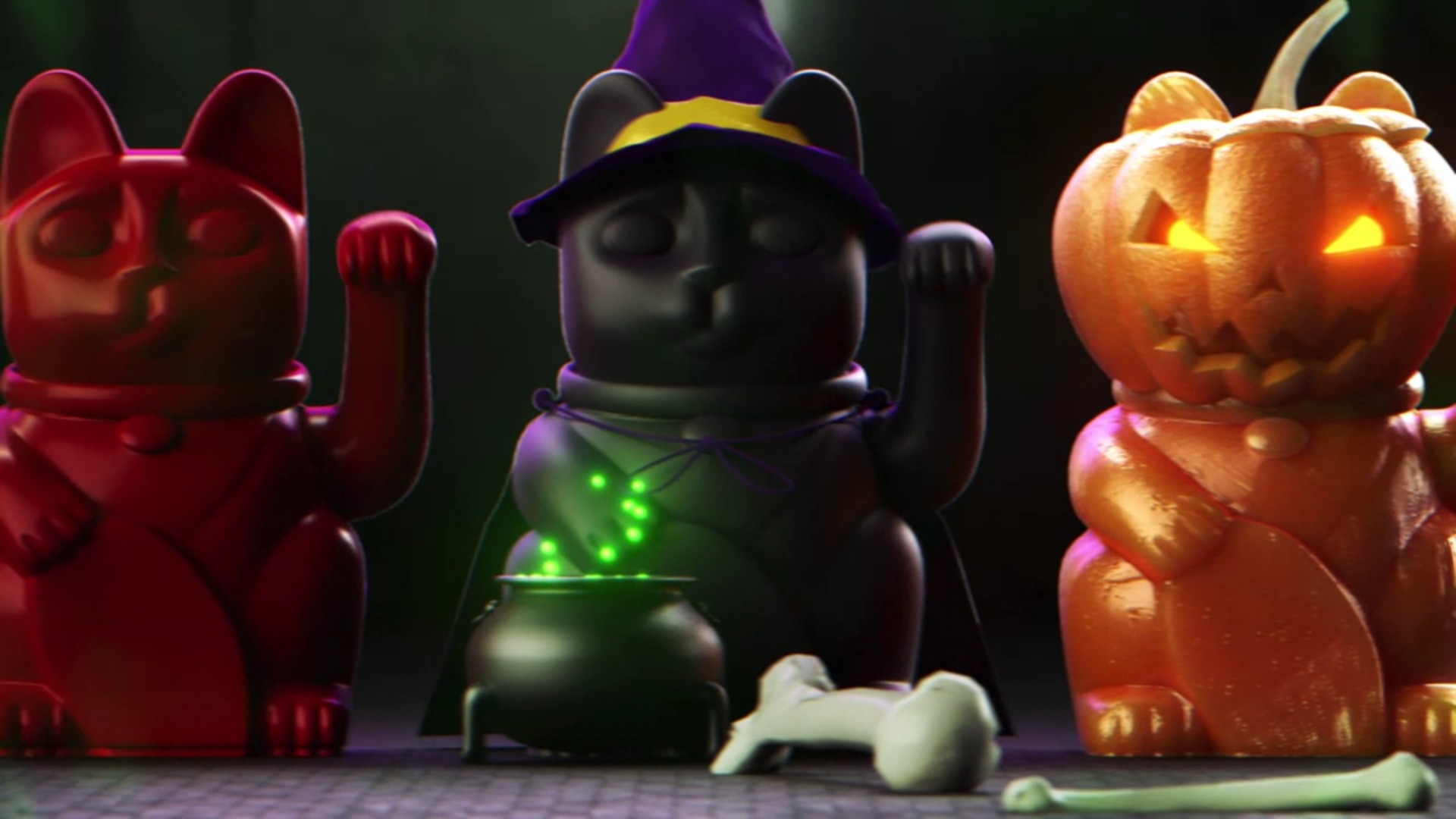 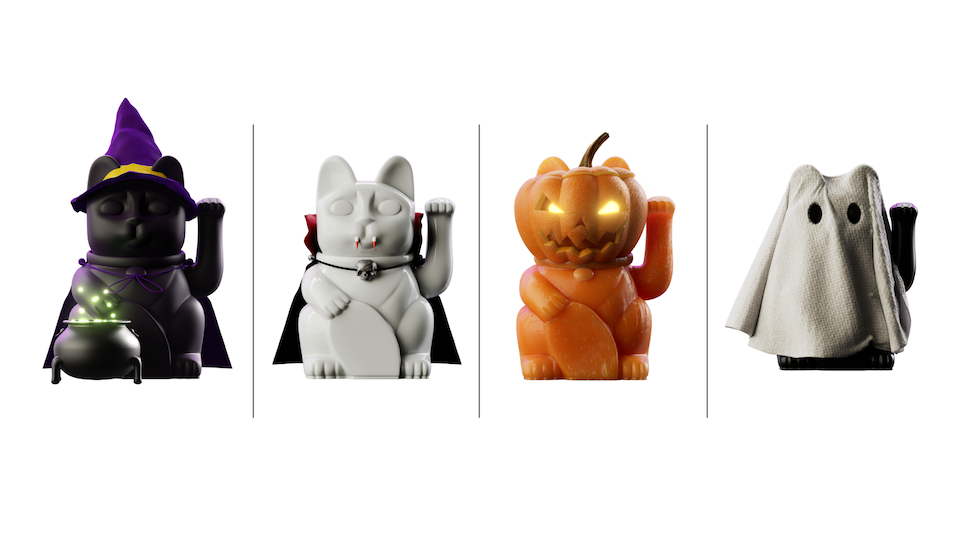 Ted Baker's new visual merchandise campaign introduces some very lucky gifting this year. The animated army of bright red lucky cats was designed in response to the client's brief, which was to create an asset which would implement an element of humour, whilst complementing their visual merchandising in store. Working in Cinema 4D and After Effects, composition and timings were imperative to the success of this project, which is being played out across all of Ted Baker's online platforms, as well as in all UK stores.