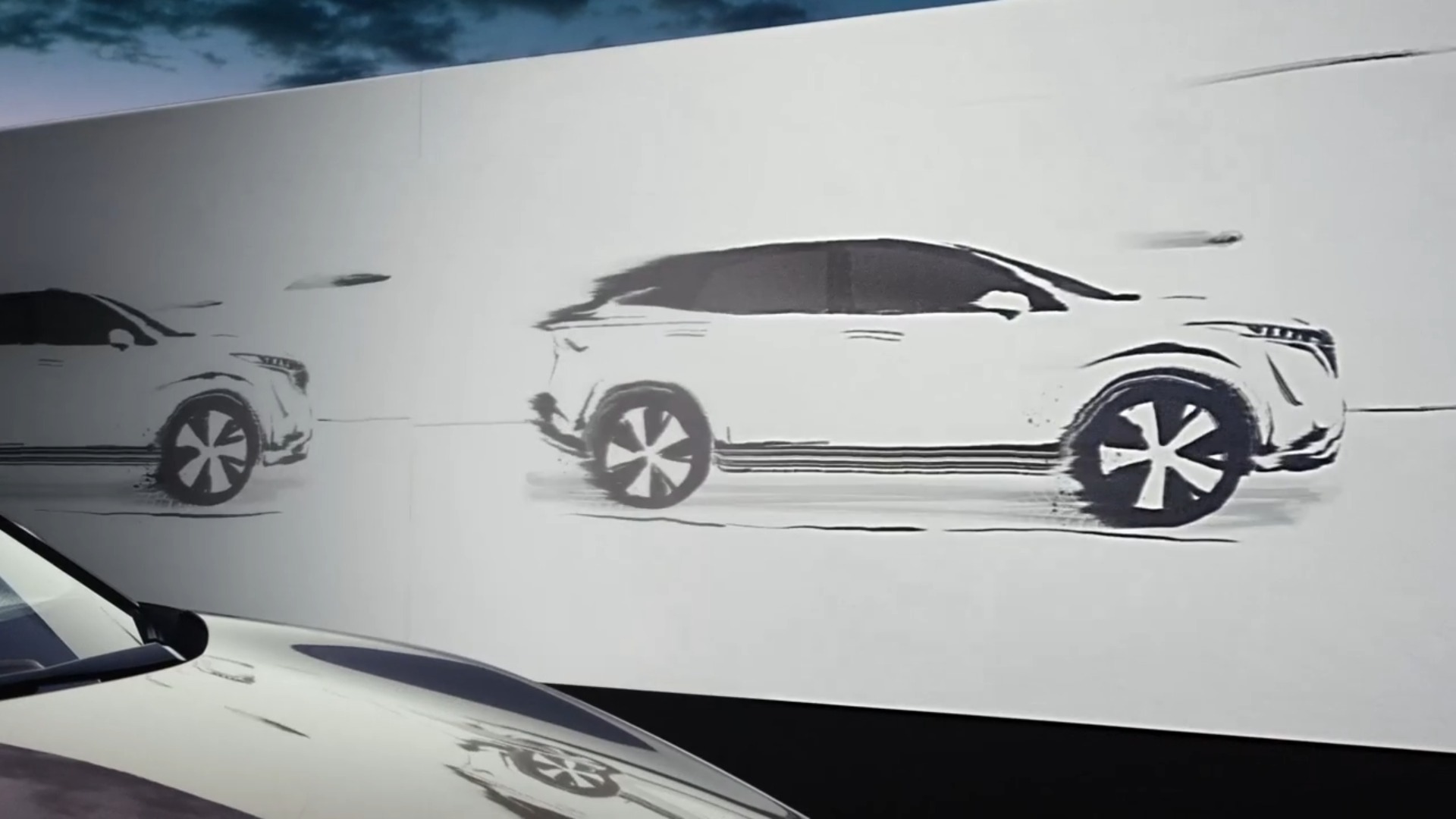 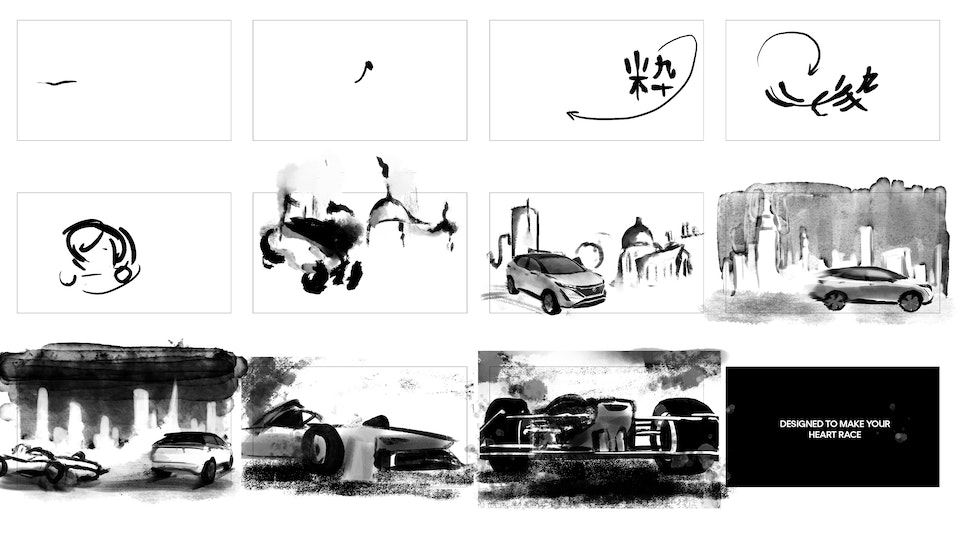 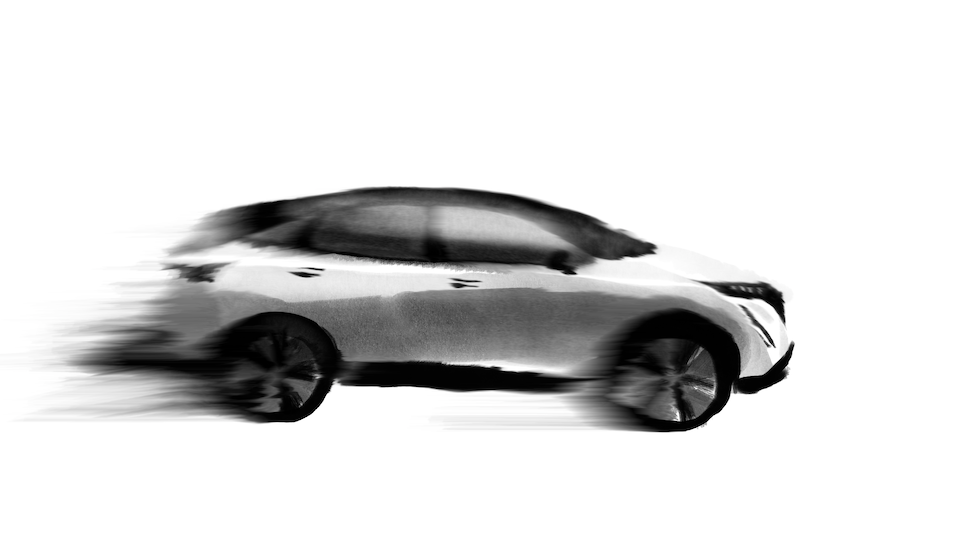 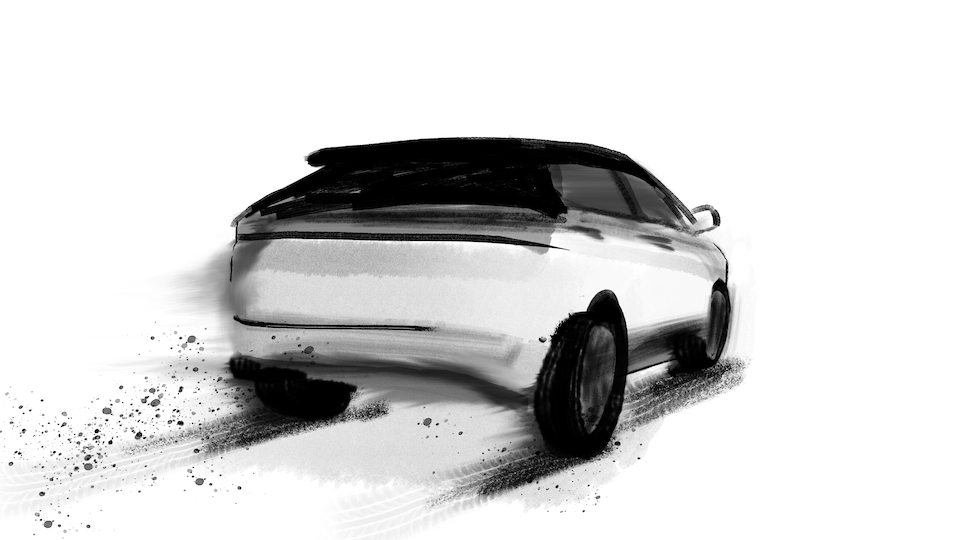 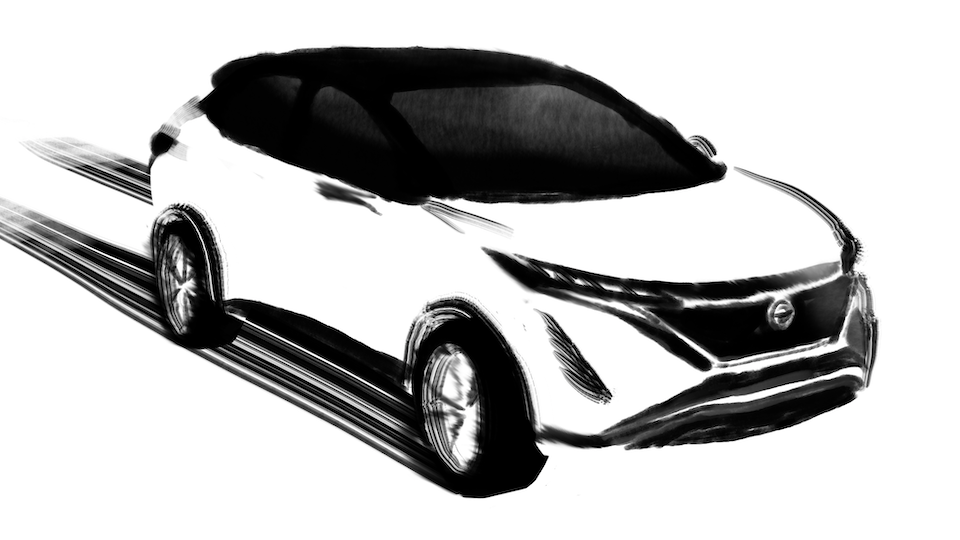 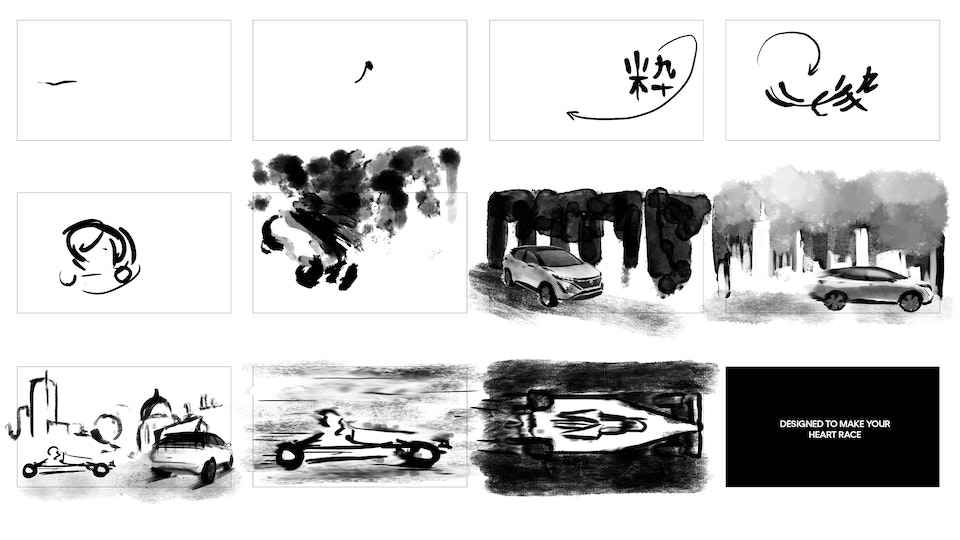 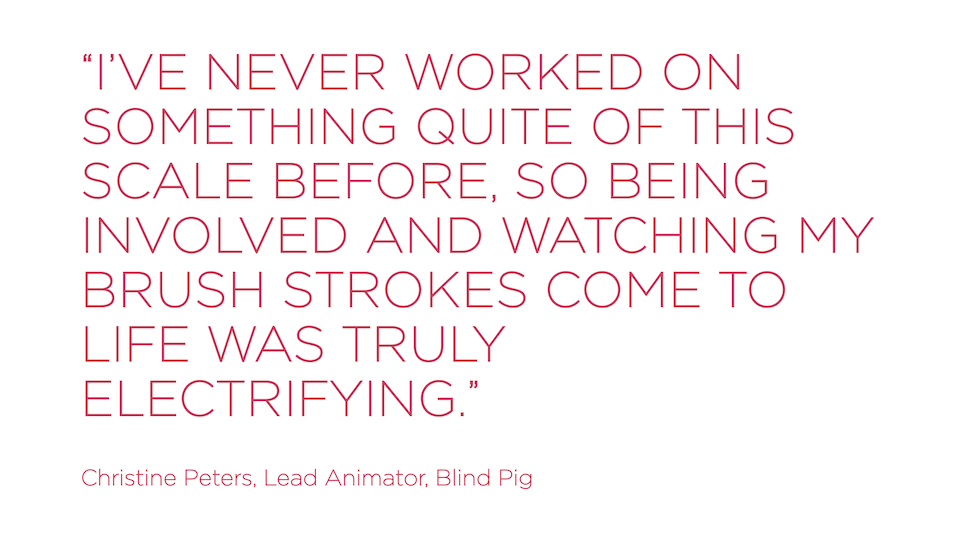 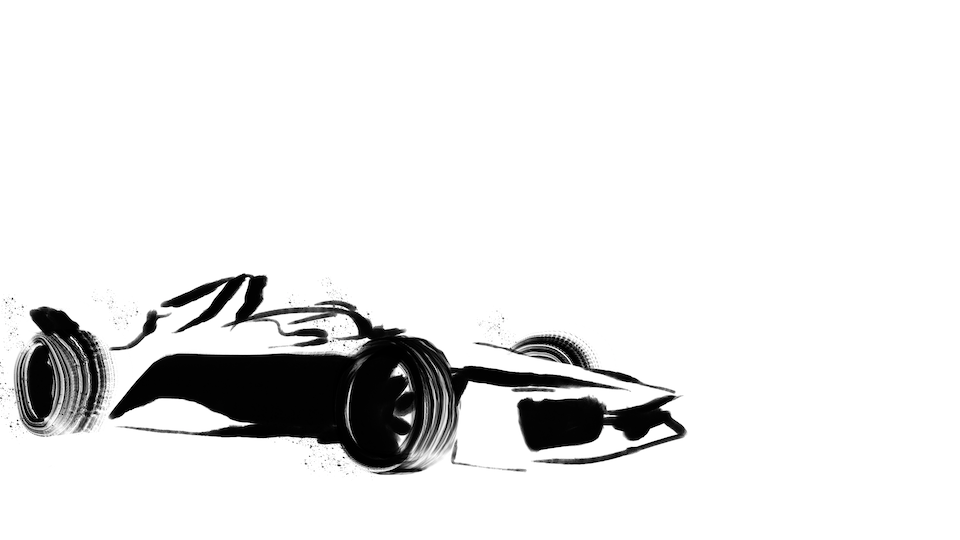 When we were approached by Unit9 and Lucky Generals to design some frames for their latest Nissan campaign, we didn’t realise it was for a life-sized Zoetrope in a remote desert!

Tasked with designing the 150 illustrations, we began by storyboarding and sketching out concept frames of the car and the kanji (a system of Japanese writing). Brush textures were imperative to the consistency of Nissan’s brand aesthetic, so we designed with our own paint brushes via TVPaint, a 2D software for frame-by-frame animation. The final step was bringing the hand-drawn sequences together, which was completed within After Effects.

The brand’s tagline, ‘Designed to make you feel electric’ features at the end of the film, but it’s a sentiment which also echoed through the entire animation process.