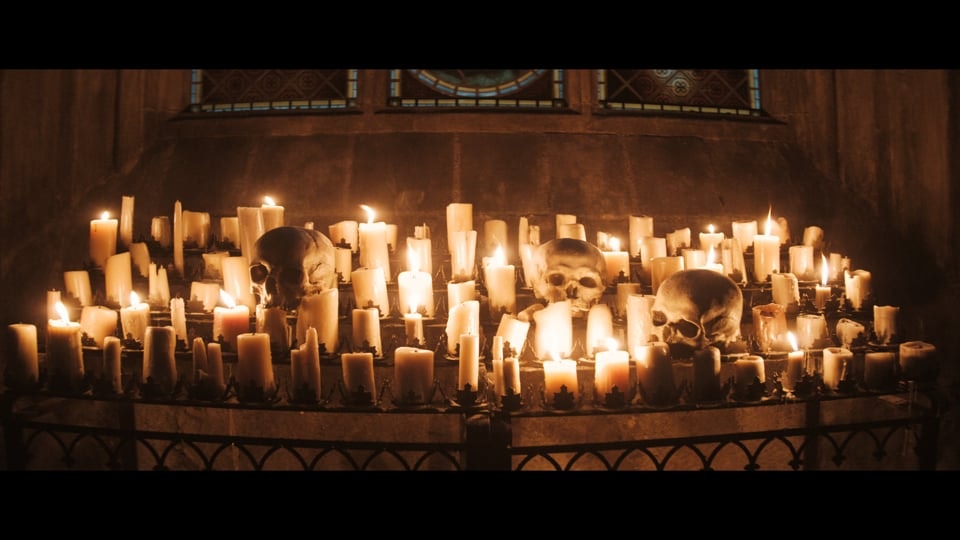 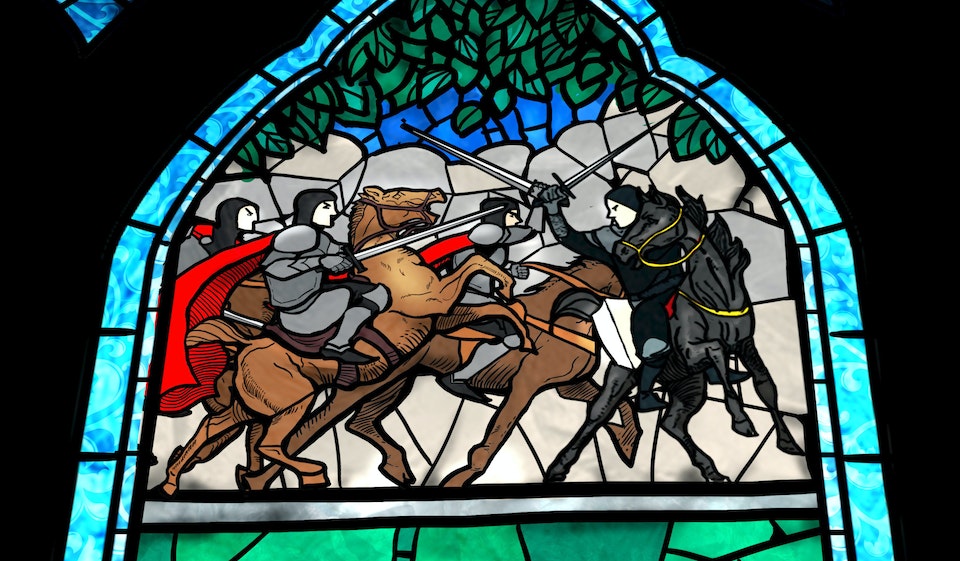 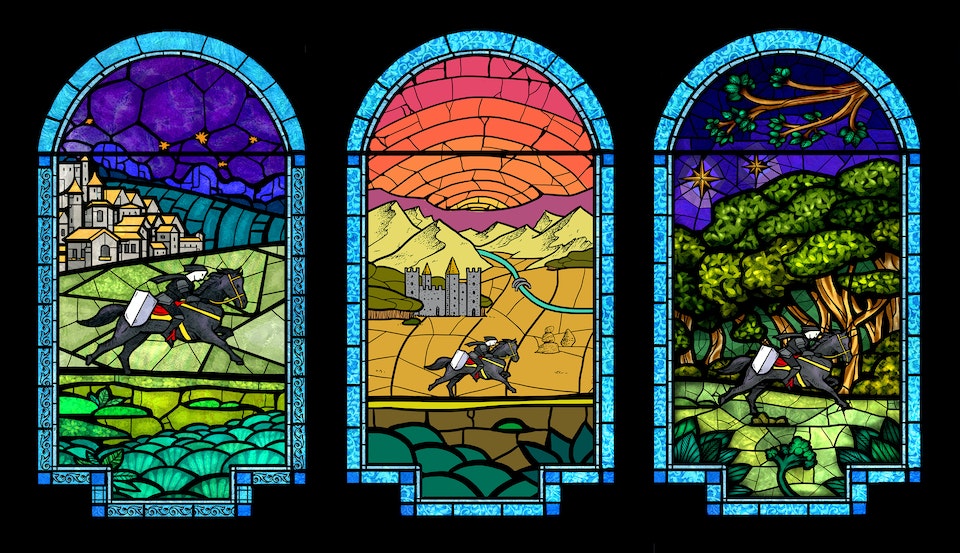 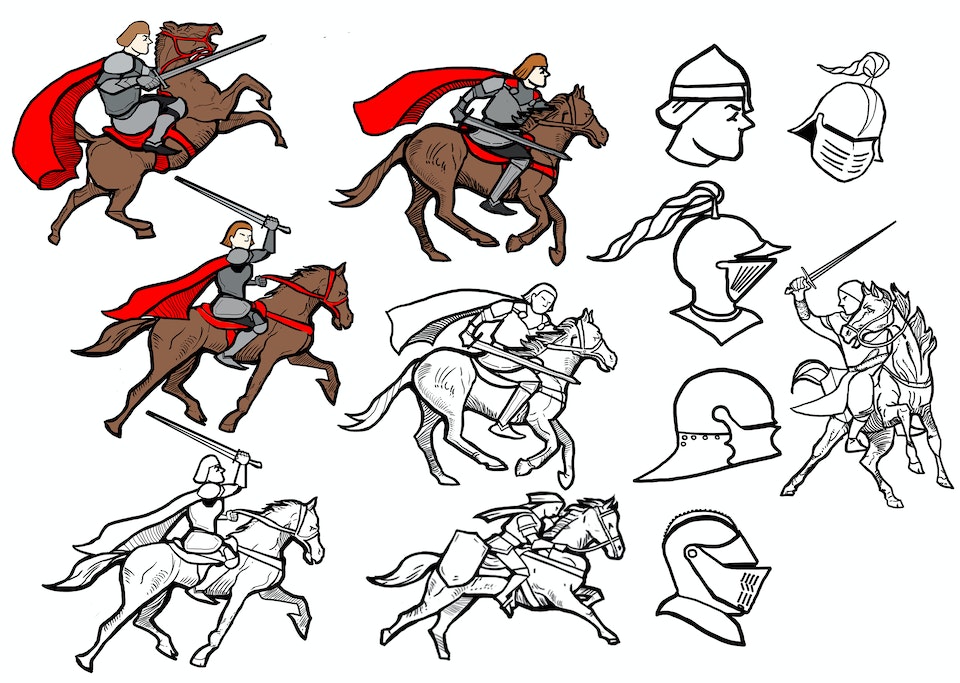 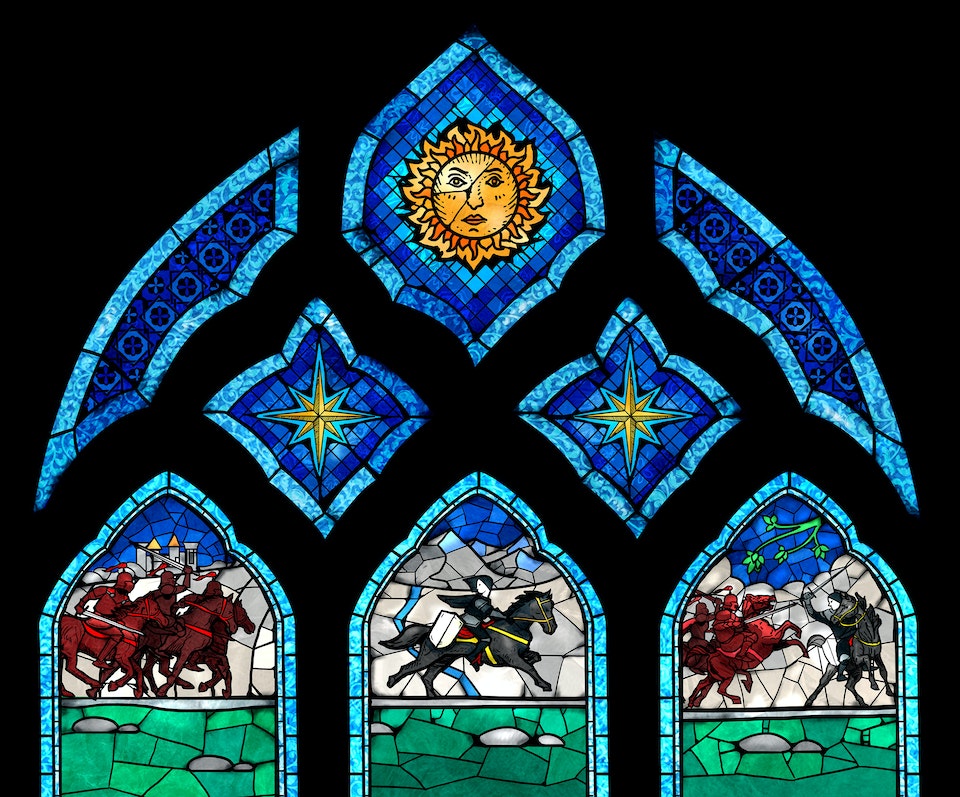 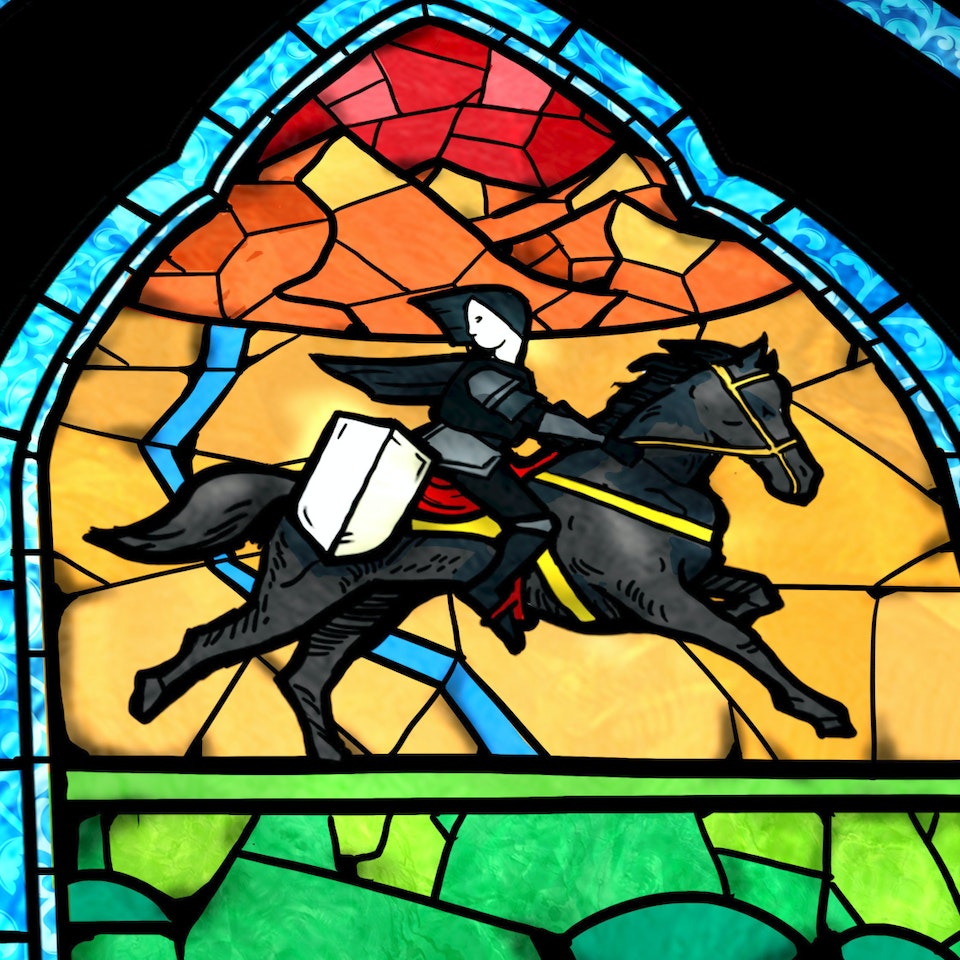 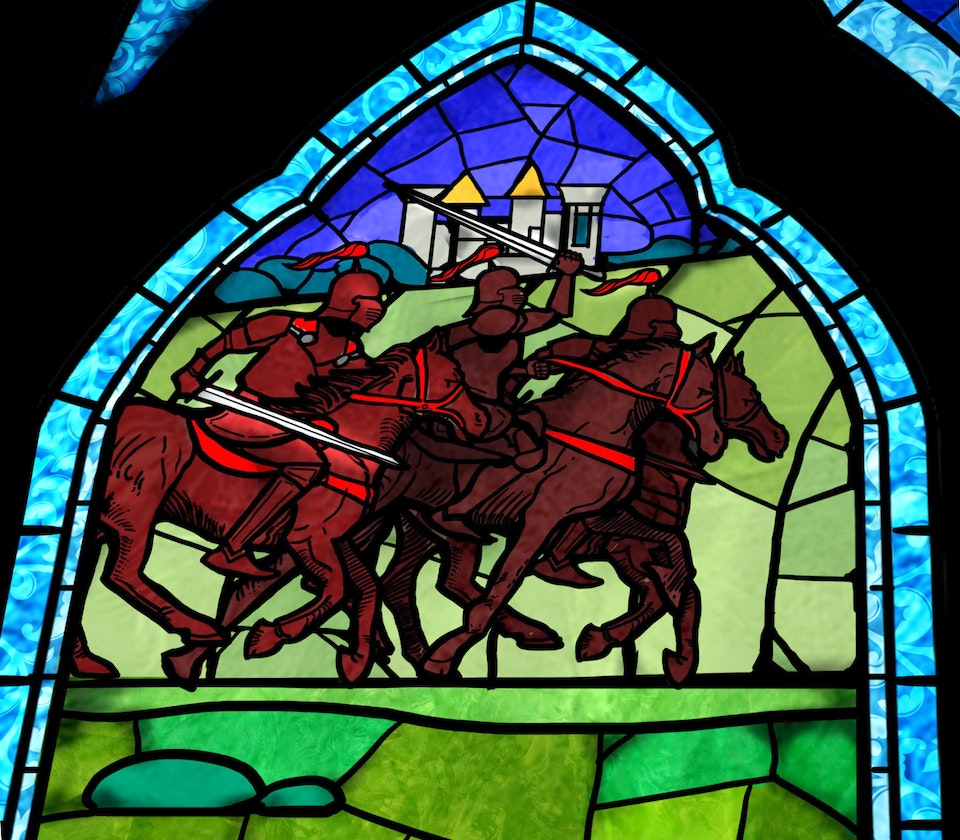 In this first episode of the series our protagonist Tiuri enters a church in a test of endurance, in which he hallucinates the untimely demise of the heroic black knight in a fevery haze on the church's grand and towering stained glass window.
In direct collaboration with Netflix and the series’ show runners and director, we were tasked to reimagine and redesign the magnificent stained glass window that will then come alive.

We first conceptualised how the windows will appear and how the story should be told through the various glass panels. After extensive research into glass stained windows and the many different historic design styles (and even a church visit), we created a variety of options of environment and characters to fit into the live-action plate.

Once a design was selected, we brought the story to life by animating the characters on the glass panels. The final stages included an extensive compositing process to match the lighting and mood of the live-action church, as well as our protagonist’s point-of-view, as it was all observed though his warped vision.

PROJECT: THE LETTER FOR THE KING