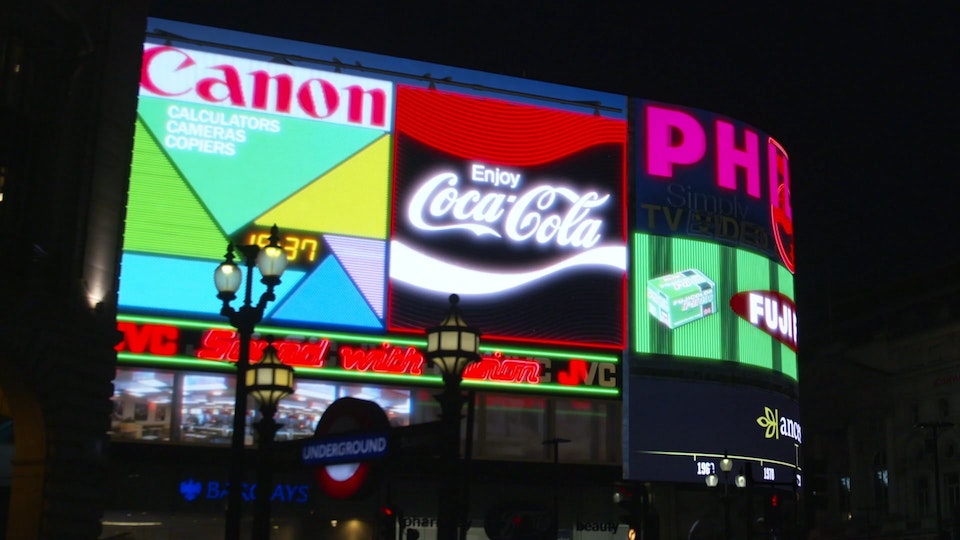 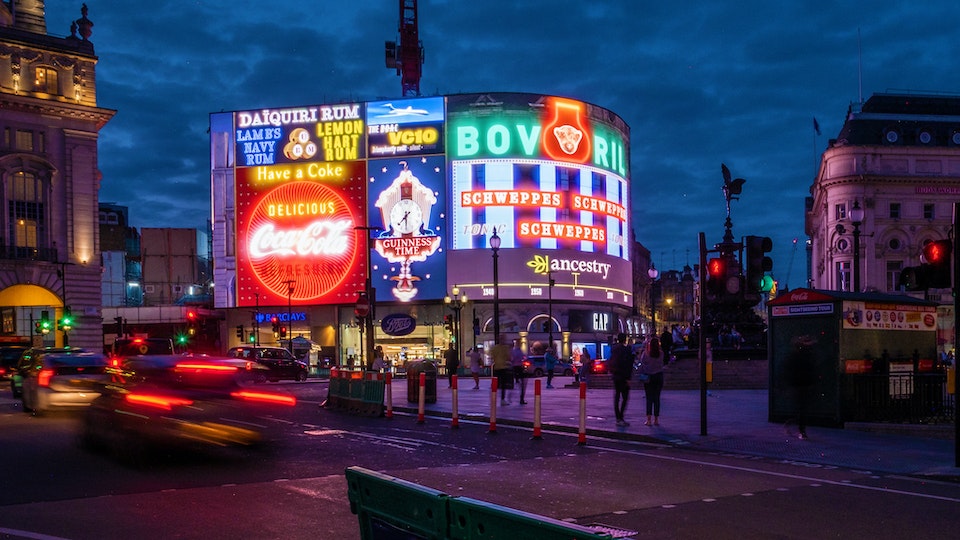 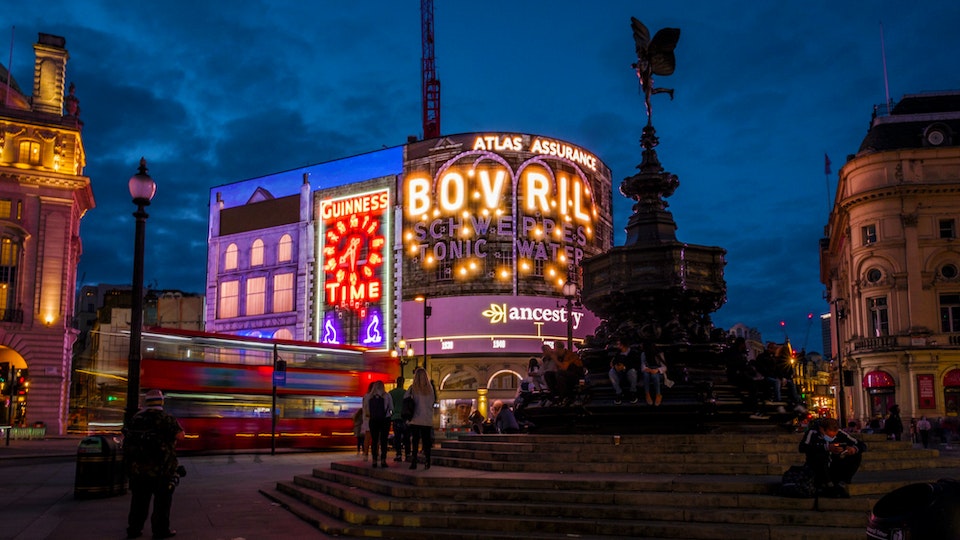 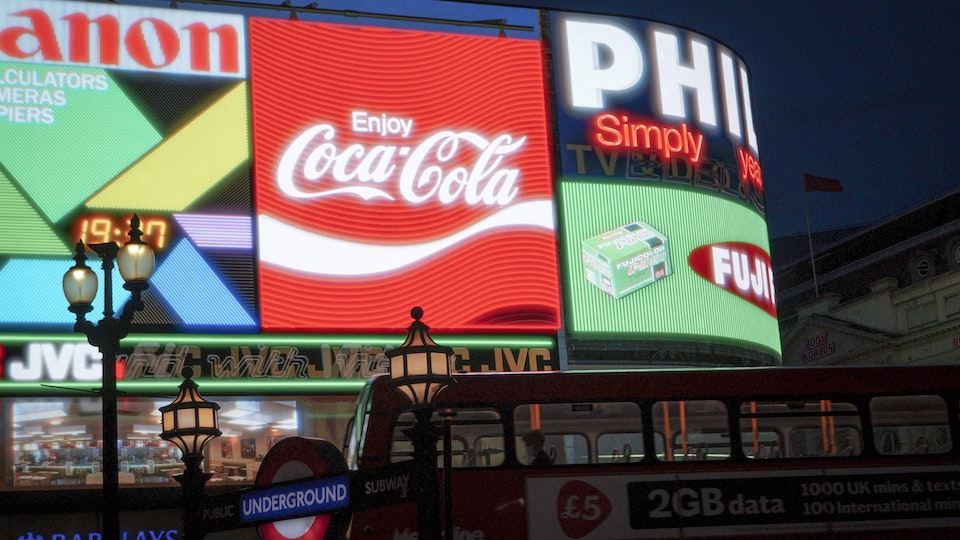 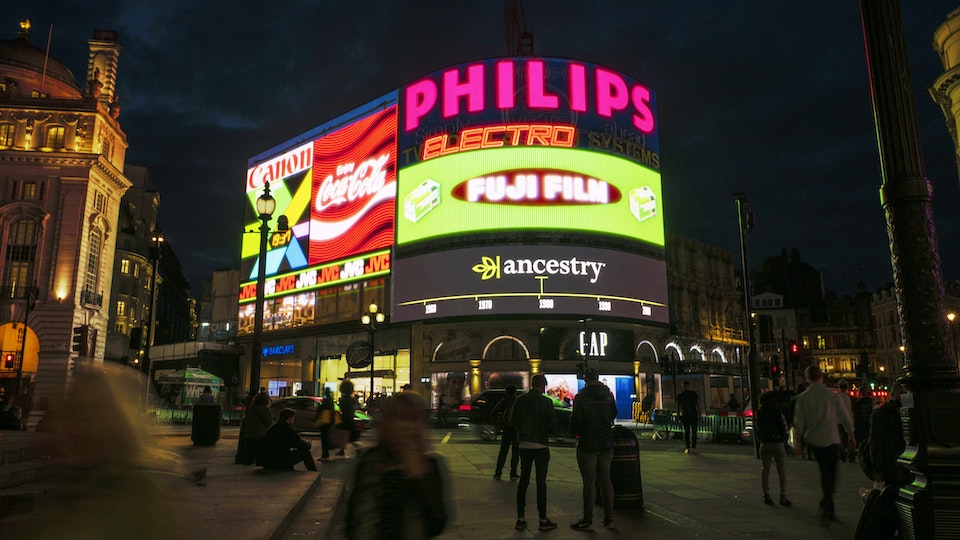 Every year Ocean Outdoor run a prestigious competition to win valuable air time at their signature DOOH venues throughout the UK. Blind Pig helped agency Anomaly win their bid for the most prominent space of them all - Piccadilly Circus.

The concept was simple; to recreate the iconic advertising landmark as it was at key points through the twentieth century - channeling the Ancestry tag “Bring your Backstory to Life”.

Lead Blind Pig artist Sean Cooper, and the Anomaly creative team, forensically examined archive photos, Pathe news footage, and even excerpts from “An American Werewolf in London” to meticulously map the content from the 1940’s, 1960’s and 1980’s. Blind Pig then painstakingly redrew all images and typography to match the original - before then using these images to build 3D models of each display. Not only did we carefully match the designs, we also matched the animation of each display as accurately as we could based on footage from almost one hundred years ago. For the 1940’s era we also had to model the building that is now hidden by the giant screen.

Watch the Making-Of to see how it all came together.