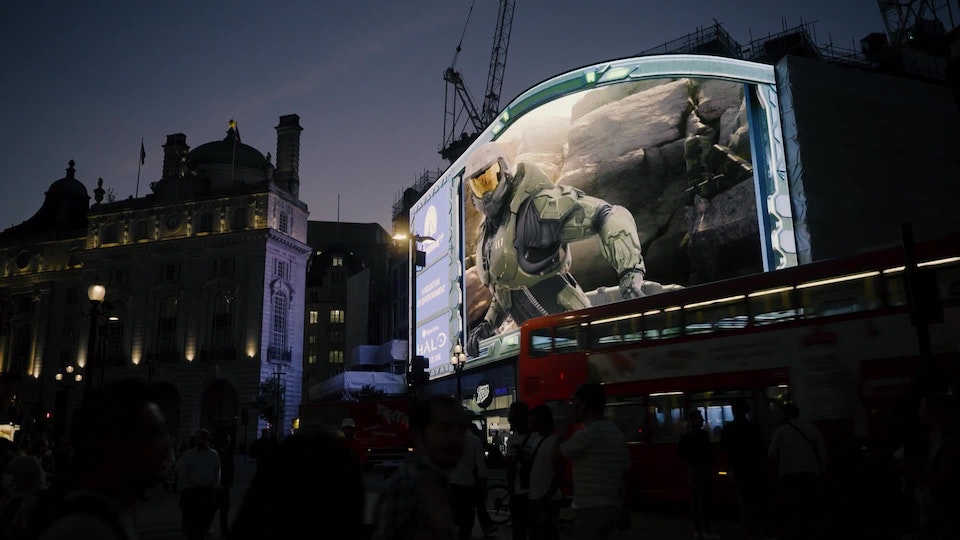 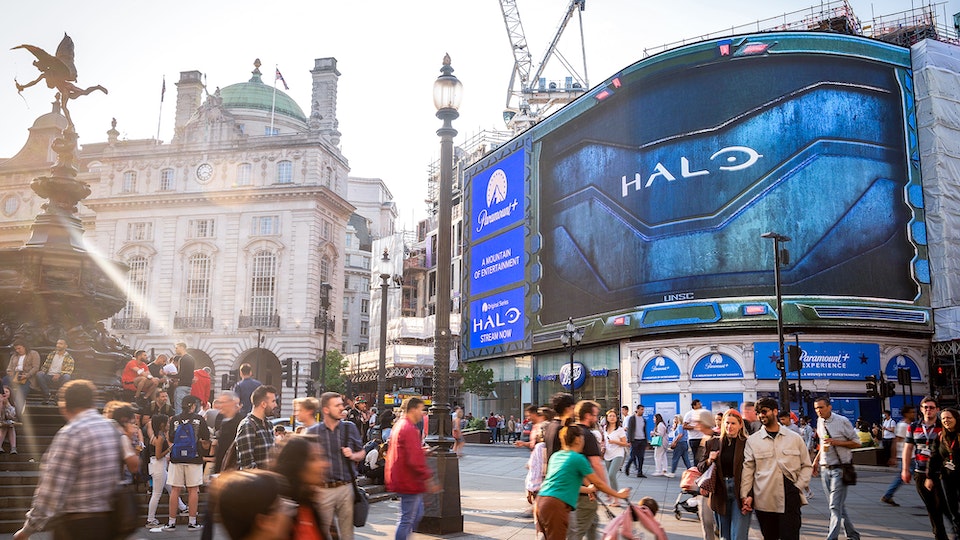 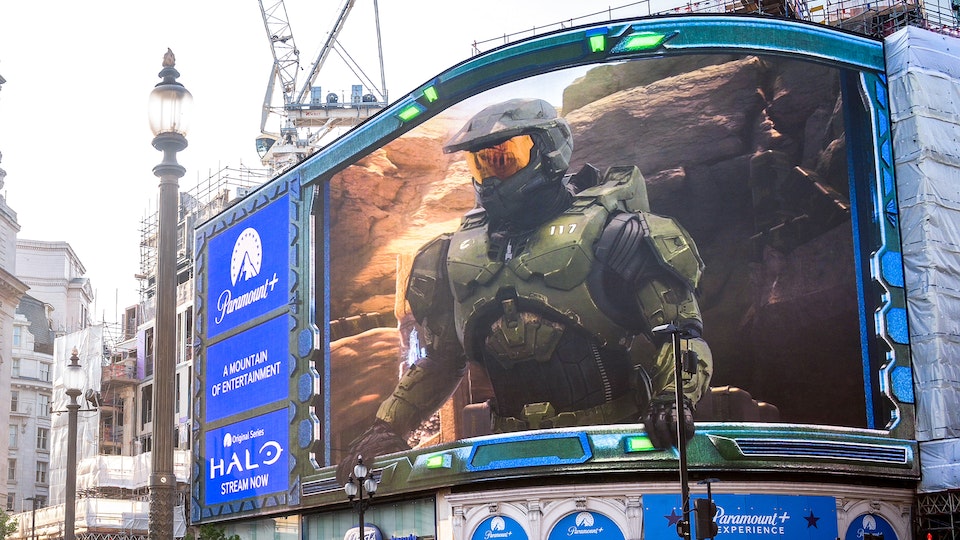 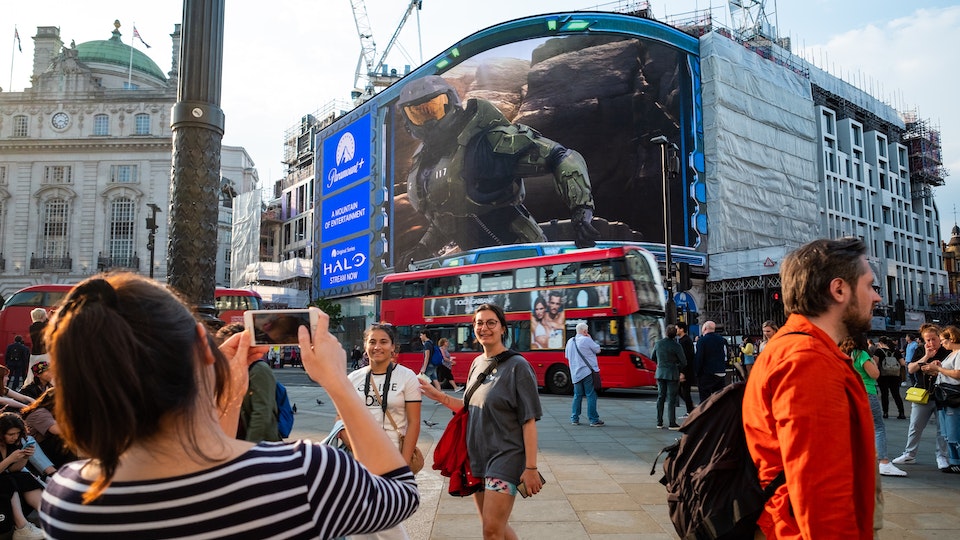 We played a huge part in this, using a 3D, DeepScreen™ technology on Europe's largest advertising display: the Piccadilly Lights, to place visitors right amongst the action. Upon receiving the character animation for the show's main character, the Master Chief, our team quickly got to work animating, lighting, rigging and texturing, before compositing Master Chief into an environment alongside multiple VFX elements such a dust and smoke.

The end result sees this protagonist seemingly lean right out into Piccadilly Circus itself - an outcome possible by the clever craft of forced perspective created by Blind Pig's animation team.