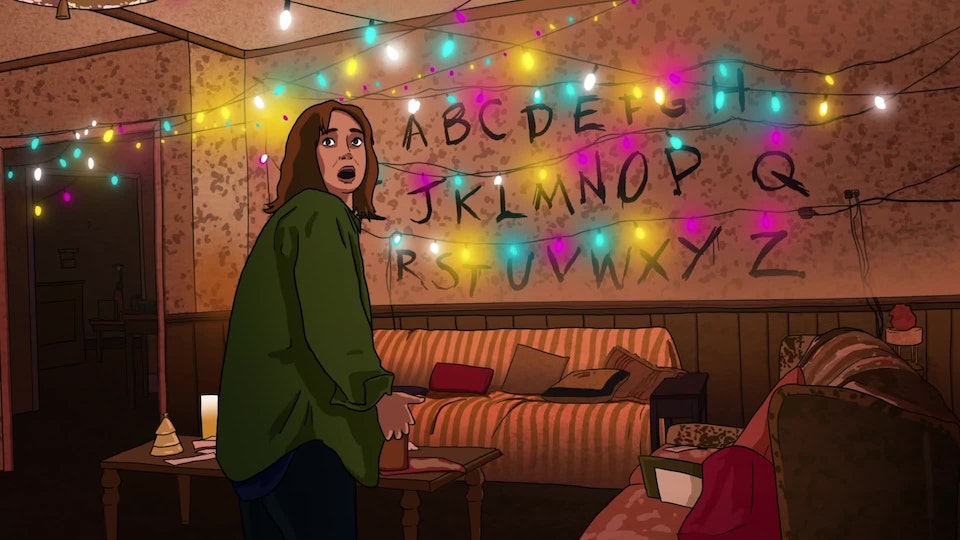 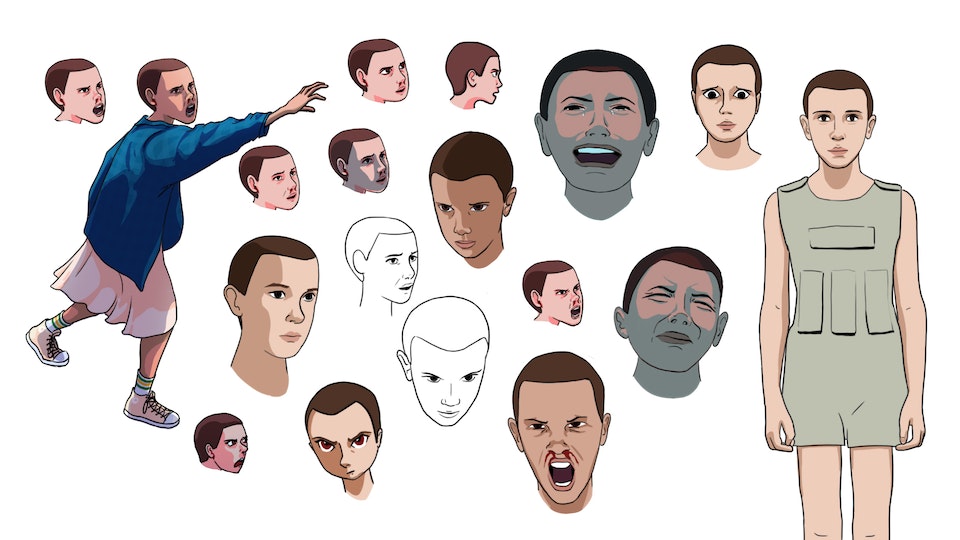 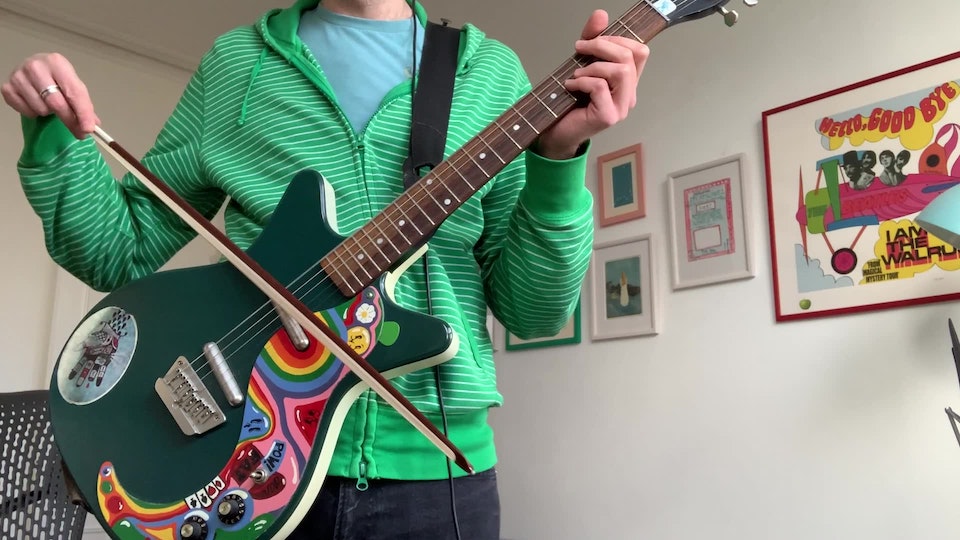 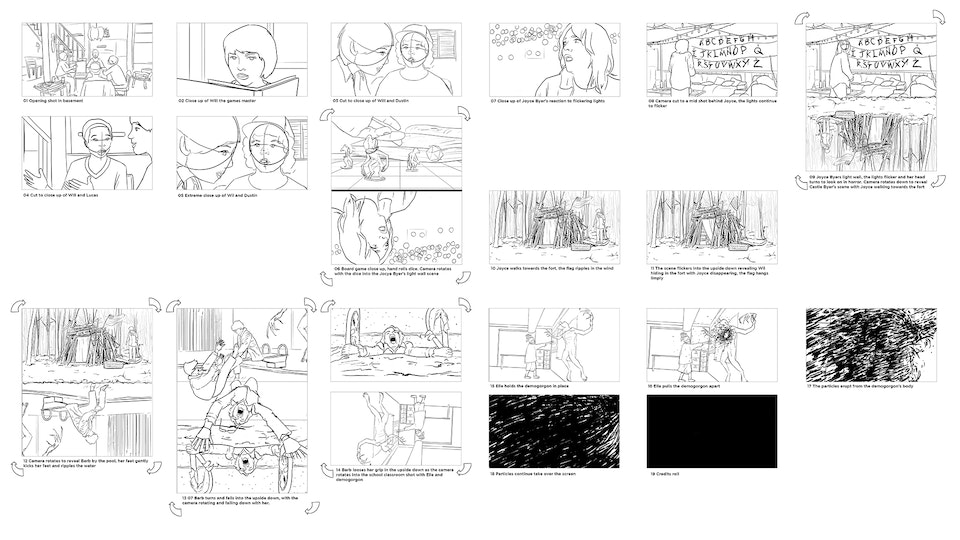 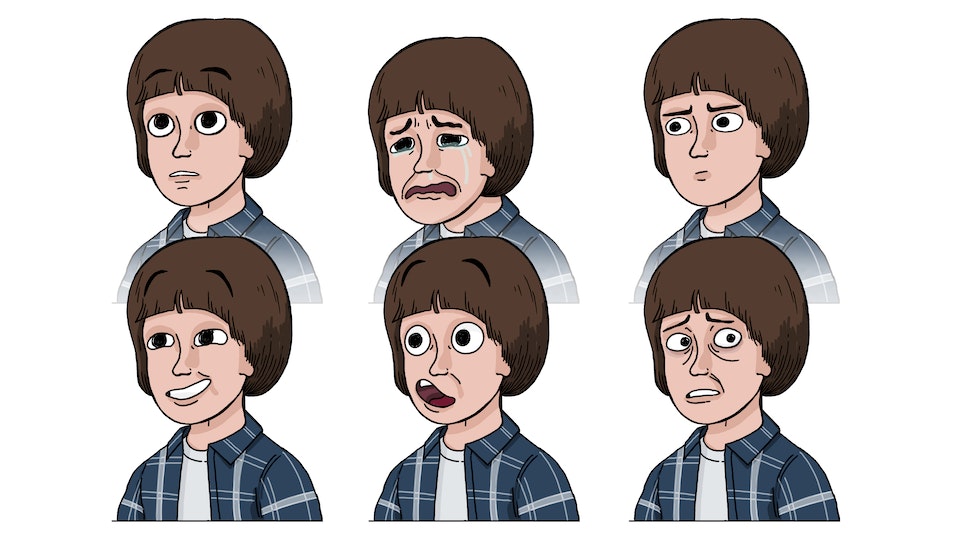 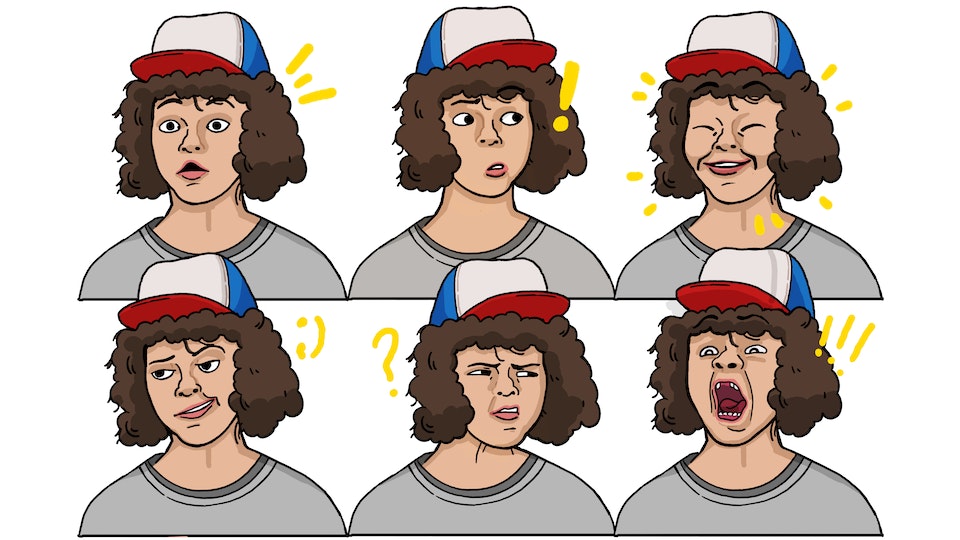 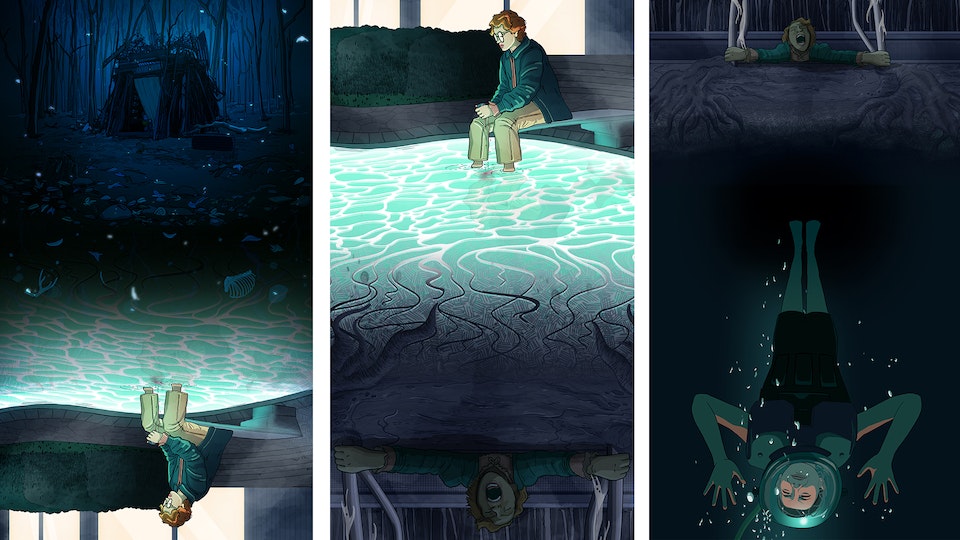 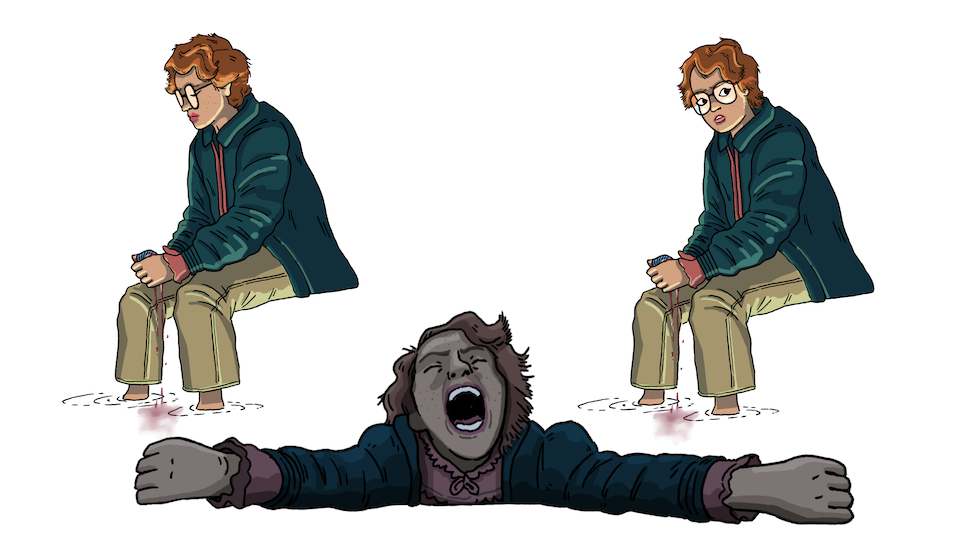 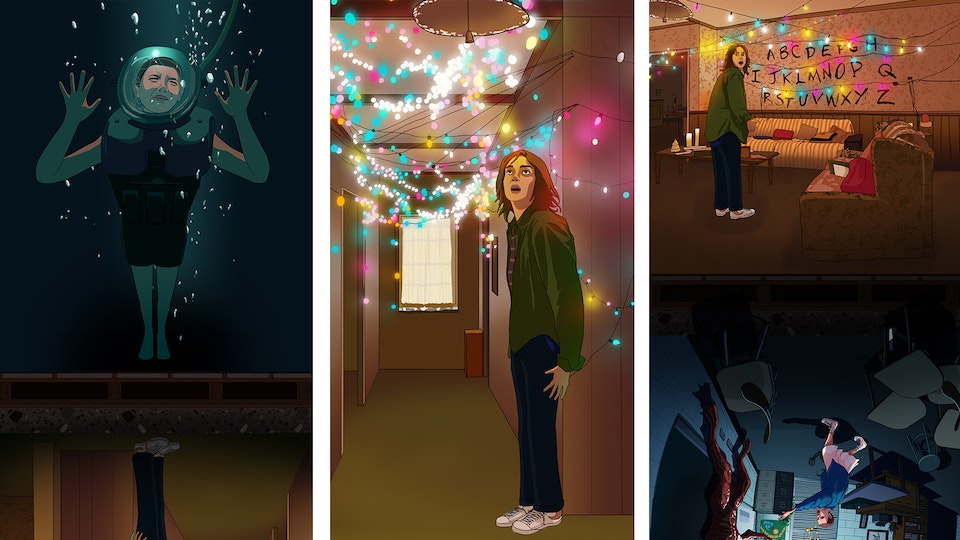 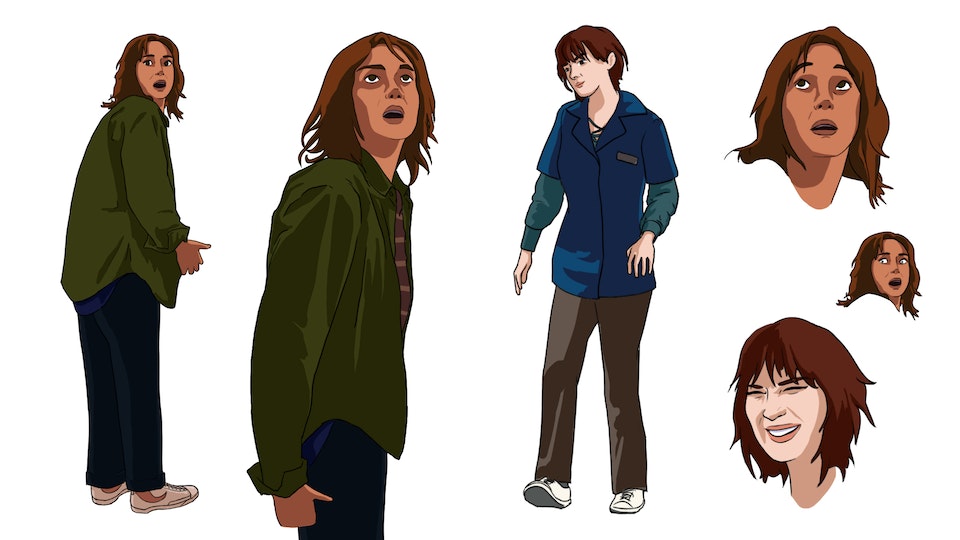 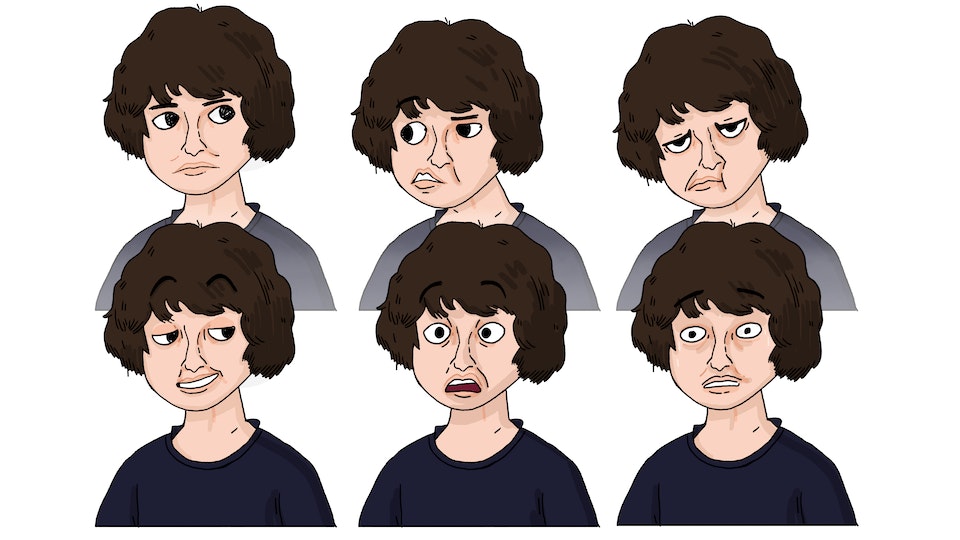 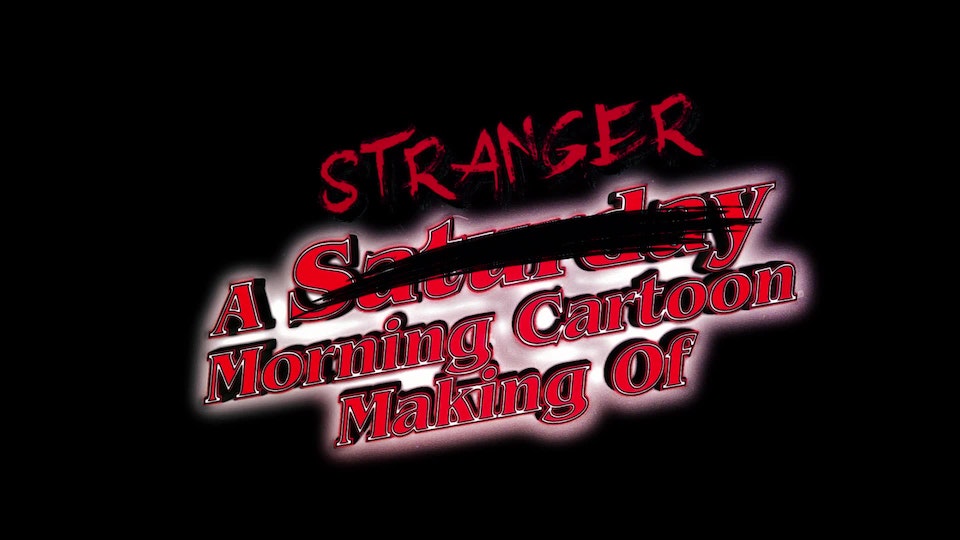 Blind Pig teams up with Netflix Originals to create an animated season one recap for Stranger Things' Season 4 pre-launch.

Blind Pig’s Lead animators, Christine Peters and Niall High, spent much of their design time perfecting the characters’ expressions, clothing and hair, referencing scenes to create multiple iterations and researching ‘80s cartoons to cement an animation style. “Eleven has a real androgynous aesthetic in season one, which I couldn't wait to explore”, says Christine. “With her cropped haircut already in place, I focused mainly on her facial features, playing with the size and shape of her eyes and forehead to ensure she maintained a childlike quality and adding a billow to her dress in the final scene to further challenge stereotypical ‘male’ and ‘female’ attributes. It was incredibly rewarding to express her many emotions through animation – from fear, to sadness, to anger – all the while ensuring she remained recognisable.”

As several of the characters are only visible from the waist up, Niall explains that expression sheets felt like the most obvious creative route during the development process. “I find re- creating real-life people in a more playful 2D art style to be a very fine balancing act,” he says. “What to exaggerate, what to keep more authentic - it can end in something quite uncanny if done incorrectly, or something that looks a bit too traced. Dustin was the easiest, by far, as his face is so expressive. Mike was a little trickier - Finn Wolfhard has such a distinct facial structure, it took a few attempts getting a design that felt like him.”

The revolving camera transitions were cemented early on in the process, after the animation studio referenced off a passion project which really resonated with the Netflix team. "It also tied in really well with the continuous camera move at the end of the final episode”, says Christine. “At the storyboard stage, we began having conversations about how the camera could morph between the scenes and seamlessly bridge the two worlds. I built the camera move in Cinema 4D and brought that into After Effects, rebuilding the keyframes so we could manipulate it, whilst timing out the boardomatic.” The team realised early on that each scene needed to be extended to aid with the camera movement. Perspective played a huge part, as did skewing objects closer to the floor to support the success of the camera’s parallax.

Originally, the music brief was to use the show’s iconic score as an accompaniment. But Blind Pig Composer, Joe Worters, was hungry to craft something bespoke to elevate the animation and Netflix were receptive to trying something different. “The biggest challenge was to create something that referenced the trusted tonalities of Kyle Dixon and Michael Stein’s original soundtrack, without ripping it off. No pressure then!” says Joe. “Being given the opportunity to make a dark, synth-heavy composition is exactly my kind of brief. Especially when I'm writing it for an animated version of one of Netflix’s biggest shows! The track starts with an ominous pulsing drone as The Party are playing D&D, a Moog ostinato builds the tension as Joyce shouts for Will, and the dials on the synths are turned up to eleven as Barb (#JusticeForBarb) gets pulled into The Upside Down by the Demogorgon.”

Driven by mirroring the sense of dread and suspense viewers came to expect from season one, the trio relied on their unique luxury of in-house collaboration during a tight turn-around to build apon the narrative and reach a crescendo. “Joe is a complete mastermind”, says Niall. “If challenges arose and we needed to tweak the animation, we were able to easily extend or shorten the music by a beat or two accordingly. Animation and music proved equally as imperative in building the fast-paced narrative.”